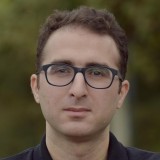 This is Reza Mohammadi Ghayeghchi's homepage.

I'm a technical person who got involved in non-technical aspects of software development in order to deliver high quality software products.

In late 2009, my friends and I created a company which delivered a failed product called FarsiTel; a thoroughly localized Android which was a disappointment in terms of sales. Then we pivoted (multiple times) to the point that now the company has two major products which both are the leaders of their markets: Bazaar, an Android app store with more than 40 million active users, and Divar, which is an online classified ads platform where 400,000 ads are posted on it every day.

As a member of a team which grew from four people to hundreds, I have worn many hats to keep the flow of the company, and I also have helped to create an organizational structure based on highly autonomous teams in order to keep the flow sustainable. This involved becoming an evangelist who convinced people to communicate through written goals and switch to OKR system, and to reorganize our functionality-based teams to multi-functional teams each serving specific business values.

While persuading people was a fun (yet sometimes frustrating) part of my job, I kept software development the main activity of my daily routine (or nightly routine, I have to confess that I'm still struggling to maintain a healthy regular sleeping schedule). In an organization with truly autonomous teams, the most effective way to push a paradigm of software development is through working examples; hence one of the teams that I created in our infrastructure tribe was in charge of delivering such real-world examples, and I spent a considerable amount of my time coding in this team.

In 2017 we started researching for a new social media product. At the end we became confident that the main idea was not worth implementing. But in the process I got interested in the human side of product and product design. So I applied for New Media and Digital Culture program at the University of Amsterdam .